The Japanese Mystery - answered in 2009

Charles John Strudwick, was on board H.M.S. Sutlej between November 1904 and May 1906, when she was on the China station.  This was the time of the Russo-Japanese war and Britain and Japan became allies.  The Sutlej visited various ports in Japan and the crew were invited to visit Osaka, and other major cities. Japan and Britain exchanged tokens of respect and celebration of the treaty

The writing on the box has been translated and reads Osaka, Japan. Welcome, and the smaller characters read something like "sei hou dou" made, so probably the makers name.

The complete story of the voyage of the Sutlej was recorded by G. H. Gunns, in "The log of H.M.S. "SUTLEJ",  Pacific and China Stations  1904-1906."  Originally published by The Westminster Press in 1906.  Amazingly The Cornell University Library Digital Collections have scanned an original copy and reprinted it so it is available through Amazon in the U.S. 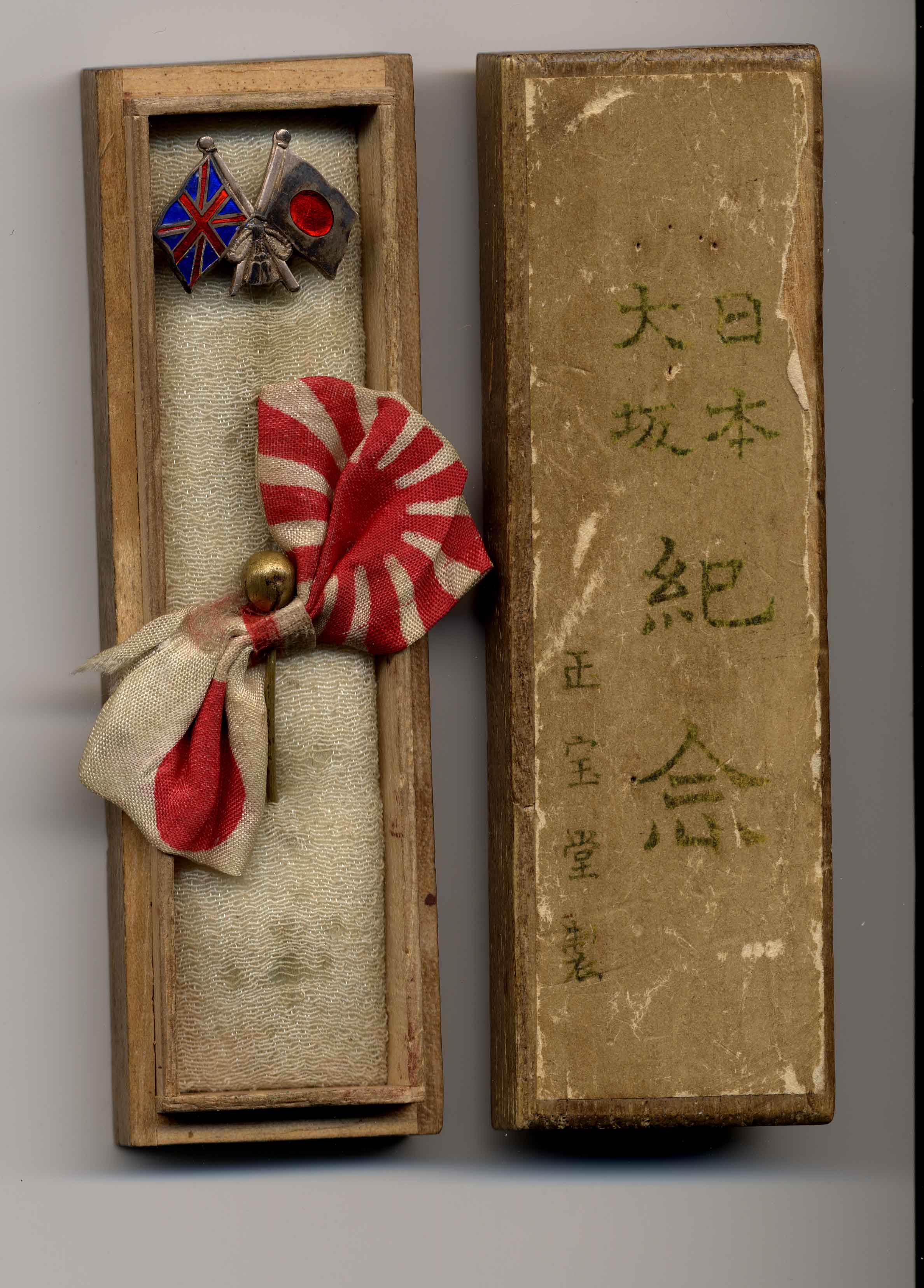